There is nothing more bittersweet that the ending of a series. Whether the series comprises three books, five books, six, seven or nine books, it doesn't matter, more often than not the ending comes too soon. I mean, sure, the loose ends are tied up, happily ever after is achieved, and hints for the future are sprinkled about but you've also to remember that you've spent month - if not years - following this series, getting to know these characters, being invested in their adventures and then, for good or bad, all of the sudden it's over. The love triangle's resolved, the Big Bad is defeated, the lost artefact is found, the misplaced monarch ascended and yet the first thought that crosses your mind as you read that last sentence on that last page, nine times out of ten, follows along the lines of, "That's it?! That's how this ends?! NO!"

You want to know the great thing about spin-offs? They let you revisit the world and characters you love but with a fresh perspective that brings its own unique opinions and insights to all the things you thought you knew. Like with Karen Marie Moning's Dani O'Malley series or Keri Arthur's Dark Angels series, you get a wonderful combination of fresh and new  with the familiar, with enough glimpses of the former primary characters to make you nostalgic for the original series.

So, without further ado, here are my Top 5 Book Series I Wish Would Get a Spin-Off. 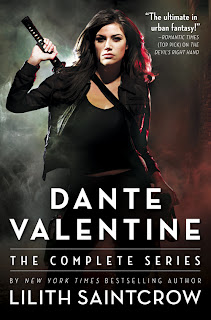 I loved this series - Japh and Dante had a unique dynamic and even more unique relationship, not to mention that the whole take on demons and Hell was original and captivating. A while after the last book was published, Ms. Saintcrow released a short story in The Mammoth Book of Vampire Romance featuring Dante's ward, Liana, as the main character. A whole series elaborating on Liana's story would just be beyond awesome. 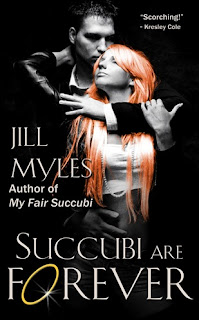 At the end of this series, Jackie finds herself in a whole new position with a whole heap of responsibility tossed onto her shoulders. It would be great to have a spin-off for Noah, one that would give us some perspective on the new and improved Jackie while simultaneously gifting our favourite neighbourhood nephilim with his happily ever after. 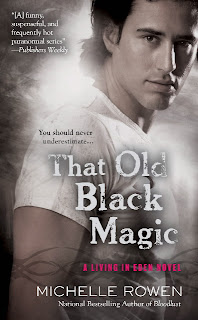 Let's be honest here, people, did anyone actually read this series and NOT wish for a Lucas spin-off? Sure, he was the Devil and all but the man was such was a sweetie! He basically had a huge neon sign above his head that all but screamed REDEEMABLE. Fingers crossed that some day, somehow, this will come to be!

#2 - The House of Comarré series by Kristen Painter 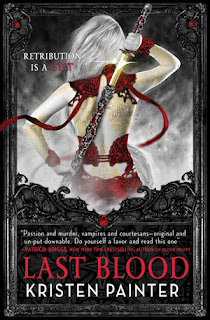 There's one more book left in this series, due to be published July 30, 2013, and already I have my fingers crossed for a spin-off. I love this world - I love the creatures and the social constructs, love the tone of the writing and the elements of good and evil, dark and light. Most especially of all, I love the characters. Mal and Chrysabelle have been through a lot and they've lost so much - it would be awesome to be able to drop in on them years down the road to see the form of their happily ever after.

#1 - The Shifters series by Rachel Vincent 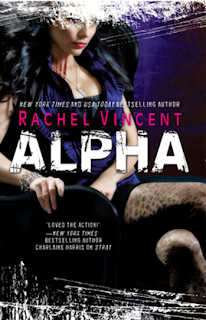 The thing about this series is that it end literally minutes after the final battle. Sure, we were left with firm ideas of where the characters were heading but it would still be nice to look back in on them five years down the road to see if the destination lived up to the road signs. Given what I've seen on the forums and chats, there's seems to be particular interest in a Kaci spin-off, and who could argue with that? Would be great getting the different point of view, influenced as it would be by a different background and different world view, and seeing how the world and characters have changed given time.