So, this week's theme is those books you want to read, but you can't seem to get to. Let's be honest here; every reader has those books they are forever intending to read but, for one reason or another, always end up bumping back on the list in favour of something else. Maybe it's a matter of mood or of timing or of who-only-knows-what; whatever the case the book just keeps almost being read when something else comes along instead.

So, without further ado, here my Top 5 books that are forever almost going to be read. Enjoy! 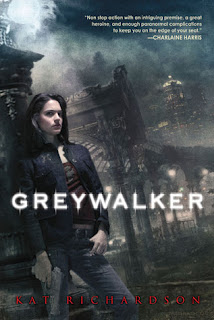 Harper Blaine was slogging along as a small-time P.I. when a two-bit perp's savage assault left her dead. For two minutes, to be precise.

When Harper comes to in the hospital, she begins to feel a bit ...strange. She sees things that can only be described as weird-shapes emerging from a foggy grey mist, snarling teeth, creatures roaring.

But Harper's not crazy. Her "death" has made her a Greywalker-able to move between our world and the mysterious, cross-over zone where things that go bump in the night exist. And her new gift (or curse) is about to drag her into that world of vampires and ghosts, magic and witches, necromancers and sinister artifacts. Whether she likes it or not.

I like the premise - the female PI with a magic bent is one of the tried-and-true traditions of the urban fantasy genre, just look at Kate Daniels, October Daye, Charley Davidson, Merry Gentry, and so on. Unfortunately, when it comes to this book, I've never gotten past the first chapter before something comes up, time passes, and before you know it I've picked up something else. 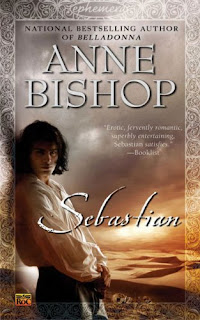 A world of shifting lands connected only by bridges, Ephemera has been kept stable by the magic of the Landscapers. In one land where night reigns and demons dwell, the half-incubus Sebastian revels in dark delights. But then in dreams she calls to him: a woman who wants only to be safe and loved-a woman he hungers for while knowing he may destroy her.

But a more devastating destiny awaits Sebastian, for in the quiet gardens of the Landscapers' school, evil is stirring. The nearly forgotten Eater of the World has escaped its prison-and Sebastian's realm may be the first to fall


I've read both of Anne Bishop's other series - The Black Jewels and Tir Alainn - and actually own this book but I've just never been in the mood to delve into this series. I have this absurd idea that if I read this series it will have some sort of significance, some sort of undefinable meaning attached to it. Logical it is not, I know, but there you have it.

#3 - Kitty and the Midnight Hour by Carrie Vaughn 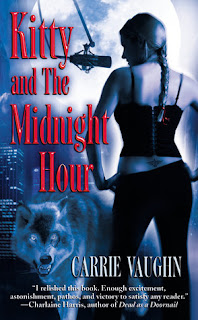 Kitty Norville is a midnight-shift DJ for a Denver radio station - and a werewolf in the closet. Her new late-night advice show for the supernaturally disadvantaged is a raging success, but it's Kitty who can use some help. With one sexy werewolf-hunter and a few homicidal undead on her tail, Kitty may have bitten off more than she can chew?

I first caught wind of this series when my friend was reading it. Unfortunately, because I read faster than her, she immediately banned me from reading it, at least until she was quite a ways into it. Ten books later, I finally got the green light to have a party so now it's just a matter of working my way through my TBR pile to it... 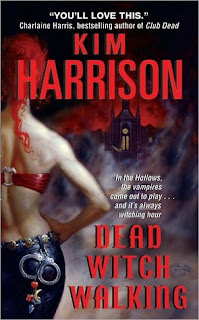 All the creatures of the night gather in "the Hollows" of Cincinnati, to hide, to prowl, to party...and to feed.

Vampires rule the darkness in a predator-eat-predator world rife with dangers beyond imagining - and it's Rachel Morgan's job to keep that world civilized.

A bounty hunter and witch with serious sex appeal and an attitude, she'll bring 'em back alive, dead...or undead


This is one of those series that everyone and their aunt has read and so naturally I haven't. It has gotten a lot of hype - even had some original graphic novels - and even hermits living in Australian outback know who Rachel Morgan is...and I don't. My ignorance of this series is quickly getting to be a tad shameful...especially when the eleventh and final book is set to be released this coming January.

#1 - The Better Part of Darkness by Kelly Gay 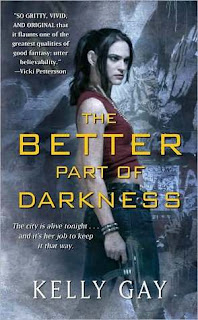 Atlanta: it's the promised city for the off-worlders, foreigners from the alternate dimensions of heaven-like Elysia and hell-like Charbydon. Some bring good works and miracles. And some bring unimaginable evil....

Charlie Madigan is a divorced mother of one, and a kick-ass cop trained to take down the toughest human and off-world criminals. She's recently returned from the dead after a brutal attack, an unexplained revival that has left her plagued by ruthless nightmares and random outbursts of strength that make doing her job for Atlanta P.D.'s Integration Task Force even harder. Since the Revelation, the criminal element in Underground Atlanta has grown, leaving Charlie and her partner Hank to keep the chaos to a dull roar. But now an insidious new danger is descending on her city with terrifying speed, threatening innocent lives: a deadly, off-world narcotic known as ash. Charlie is determined to uncover the source of ash before it targets another victim -- but can she protect those she loves from a force more powerful than heaven and hell combined?

Single moms - heck, moms in general - are pretty rare among the urban fantasy heroines, marking this book right off as something original. Unfortunately, time has never seemed to be on this book's side and it just keeps sliding back on the TBR pile.

New Follower. Great list. I need to read Kat Richardson, Carrie Vaughn and Kim Harrison. All on my TBRs too.
-Jenese
www.readersconfession.com