Now, as anyone who knows me can tell you, I watch a lot of television. I have something almost always playing in the background - either movies or television shows, both ongoing and cancelled, or who only knows what - while I work and write. It's not that I don't like music - I do - but when it comes to background rumblings I prefer something with plot and dialogue. That, no surprise, leads to a lot of options to run through when running down a favourite five. Luckily, perseverance endured and, voila, we have this week's Top 5 all for your enjoyment. Cue the smiles here. Although not the deranged kind, if you please. Or the clown variety for that matter. Both would just be way too creepy. 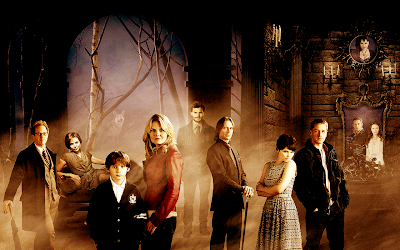 The Evil Queen curses a bunch of Fairy Tale characters to live miserably in our world under new identities and no memory of their former selves all in an attempt to ruin the happy ending of her nemesis Snow White. Each episode is split between the running narrative of the present in our world and relevant flashbacks to the fairy tale world. The best parts of this show are the twists given to classic fairy tales (Rumpelstiltskin, in particular, has himself one hell of a rewrite) and the mystery of trying to sniff out who the fairy tale counterparts are of real world characters (some are obvious - like Archie Hopper being Jiminy Cricket and Ruby the Waitress being Little Red Riding Hood - and some will drive you crazy - like who the heck womanizing Dr. Whale is supposed to be!). 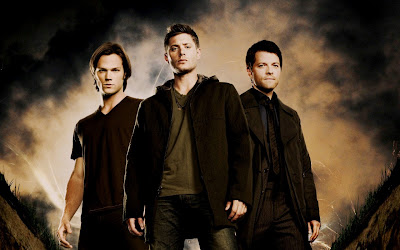 Brothers Dean and Sam Winchesters ride a 67 Chevy Impala across the USA hunting down the ghosts, demons and monsters intent on massacring the (somewhat) innocent humans that whet their various appetites. Now, admittedly, I was not a fan of last season's leviathan storyline but with the finale having effectively closed the book on that saga and a new creative team at the helm, I have high hopes that the coming season will reach back to the show's roots and restore some of that gritty, monster-studded darkness and emotional fraternal drama that made me fall in love with it to begin with. Fingers crossed! 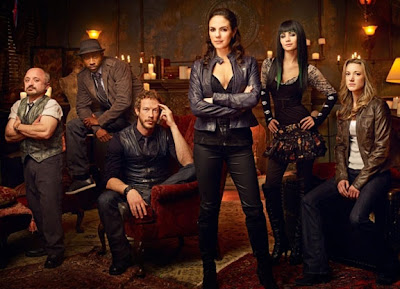 On the day that succubus Bo befriends street waif Kenzi, she also finds herself drawn into the world of Fae previously unknown to her, declares her refusal to choose between the Light and Dark sides, and goes into the private detective business. It was quite the eventful day, to say the least. I think it goes without saying that with a succubus as the heroine, this is a show that packs in a lot of sexuality, a lot of paranormal and a lot of drama. Personally, most of this show's highlights are to be found in the romantic tension found in Bo's relationships with werewolf police detective Dyson and human doctor/scientist Lauren. Not to mention the comic relief Kenzi provides just by being in a scene. 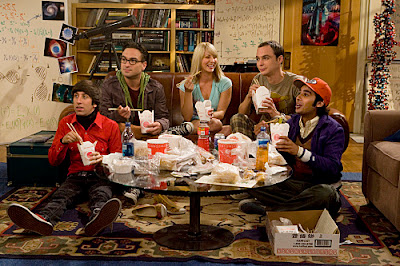 The premise of this show is essentially: hot girl moves in across the hall from some super nerds, which may not get much interest all on its own. But, hey, you tune in once anyway just because you want to see just how close to stereotype this thing runs true. And then you're hooked. The characters compliment each other and the comedy is the right balance of dry and sarcastic meets pure stupidity. Jim Parsons as Dr. Sheldon Cooper steals the show, hands down. Most importantly of all, if Penny and Leonard break up again (I think this is their third or fourth go at a relationship) I will scream bloody murder. 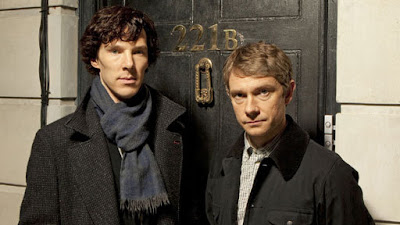 This modern retelling of the brilliant detective Sherlock Holmes and his companion Dr. Watson is...well, you've just got to watch it. Benedict Cumberbatch as Holmes is the perfect blend of frenetic creativity, pure brilliance, self-absorbed disregard and straight-out adorableness while Martin Freeman of impending Hobbit fame delivers a great performance as Watson, particularly in the emotion charge final scenes of last season's finale. The modern spin given to the classic tales - including A Study in Scarlet, A Scandal in Bohemia, The Hound of the Baskervilles and The Final Problem - have given new twists to formerly familiar stories. Seriously, the only thing about this series that does give me pleasure is the fact you have to wait SO. FREAKING. LONG. between seasons (the last finale had one hell of a cliffhanger followed by an eighteen month hiatus while both Cumberbatch and Freeman pursue other projects). 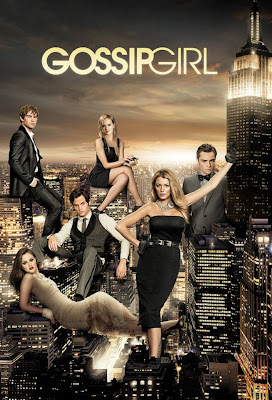 Okay, okay - I admit it! I watch it because I want Chuck and Blair to get together and, eternal optimist that I am, I keep thinking that somehow, some way, forgiveness will be dished out, the past buried deep and against all odds Chair will ride off into the sunset to make with the happily after. It's more aggravating than waiting for Ross and Rachel to get themselves sorted out. If I can make it through ten seasons of Friends for that, I can make through six for Chair. And, while Chuck did try to trade Blair for a hotel, he never slept with another girl while they were together - unlike some people I could name (who, I agree, were not on a break at the time).

Great picks! I absolutely love Sherlock, but I didn't put on my list, because obviously we have no idea when it will continue, so I don't really count it as on-going ;) I guess Steven Moffat is just too busy with Doctor Who, which I don't really mind :D

I used to love Gossip Girl, the only reason I kept going was because of Chuck & Blair, but to be honest, now I love to hate it. I was about to stop watching it this spring, but when they announced there will be only one more season, I decided to watch it until the end.

And I listed only 4 of my other favs, if I kept going it would have been a long list like yours :)

I watch a lot of television too, and you listed a lot of my favorites in your Honorable Mentions, but the only one I'm addicted to in your top 5 is Lost Girl. It's such a fantastic show, I love Bo and Kenzi.

I know exactly how you feel, Aleksandra, on both counts. They're supposed to start filming the next Sherlock season in January, so at least that's something. As for Gossip Girl, last season went way heavy on the soap opera, especially when they started bringing back the dead, but with just one season to go all I want is my Chair happily ever after!

Barbara, I keep hoping for Dyson and Bo to find their way back to each other - I mean, heck, with his love returned to him now, that puts Bo back in the "mate" category, no? - but, alas, I have no doubt Lauren will get in the way of that reunion. *sigh*