Good evening, ladies and germs, and welcome to yet another (and on time) edition of Top 5 Sundays presented by Calliope's Domain. This week's post was written way back on Wednesday night - I'll be going out of town again this weekend and I'll be damned if I have a third tardiness strike with this feature. The consequence here is that it's entirely possible that between now and Sunday the other possible topic - The Next TBR Books To Be Read! - may have pulled ahead and won the role of official Top 5 theme. It's a risk but, hey, it's also a compromise - possibly erroneous topic in exchange for timely posting.

Ah, the things I do for my readers.

So, without further ado, I present my Top 5 Best Book Couples! 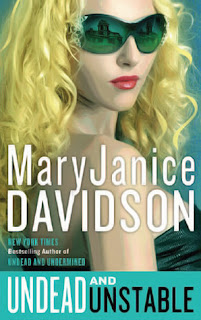 This couple began as the very definition of a love/hate relationship. Specifically, he loved her and she hated him. As the series progressed, however, so Sinclair began to grow on Betsy (like mold, she claims) and by the sixth book vows are said, rings exchanged, brides kissed and knots tied. What I love most, however, is the obvious devotion and love between these two despite how impossible it seems for either one of them to feel that deeply outside themselves. 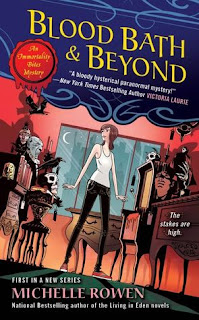 She is a goofy, trouble-attracting, tenacious fledgling vampire. He is a stoic, secretive, virtually expressionless master vampire. These two could not be any more opposite each other. Heck, day and night, white and black, fire and water all have more in common than these two. But irregardless, these two work as a couple; they just click. 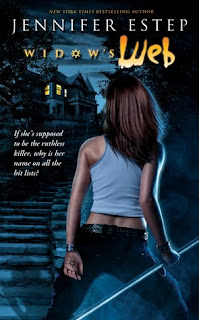 Gin's first try at love left her badly burned but her second try seems to be the keeper. Gin is a ruthless assassin with our strict code of ethics. Owen is a businessman who knows that sometimes a little dirt and blood is necessary to get a job done. The understanding and acceptance between these two are beautiful and endearing elements of this romance that really serve to put it on the map and draw readers back again and again to see how it develops and grows with time. 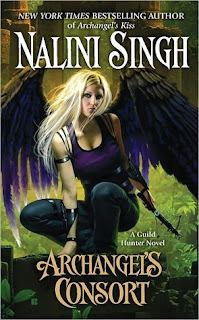 Raphael is a scary powerful archangel; the sort of powerful that would have given Zeus himself nightmares.  Elena is a fledgling angel and vampire hunter born and trained to be an efficient tracker and slayer. Both are severely damaged by the events of their pasts and both bear scars incapable of fully healing for one reason or another. Together they're like a hurricane in love with a tornado; sure there's a power discrepancy, but at the end of the day the danger they represent can't be underestimated and as a team they're unbeatable. 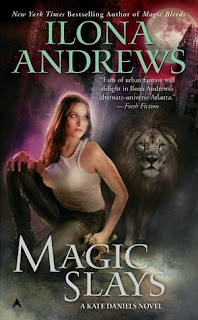 Here we have the daughter of an ancient sometimes god and a lion-shifter ruling over fifteen hundred shapeshifters. Both have questionable sanity and a predilection for violence. And they're together. Their world should be very, very, very afraid. I mean, this is the guy who fought his way through an army of monsters to reclaim his mate and the woman who willingly and knowingly impaled herself on a magical sword to save his life. And at the same time this is the guy who quotes The Princess Bride to her regularly and the girl who, after a long day of monster managing, cooks pie just because she knows he likes it. In a word, these guys are simply adorable.

awesome picks! I agree with them all =D

I agreee! I forgot a few of this one my own.. lol