One of my friends has an addiction to the HGTV network. In particular, she has a thing for House Hunters, or as I like to call it: "That show that walks you through pretty houses you wish you could have but will probably never afford." And now the show's spun off to go international. That's a lot of pretty houses to be wishing for. Point being, I've got some experience when it comes to dream house fantasy which, as it turns out, is a rather handy tool to bring to bear when writing up a list of fictional houses I'd love to call home.

So, without a further ado, here is Calliope's Domain's Top 5 Fictional Houses You'd Love to Live in! Someone - quick! - cue the drum roll. (Oh! And FYI - the pictures? Those are just close takes on my imagination's vision of the mentioned homes and are in no way official that I know of.)

In the first book, Gin lives in an apartment that's pretty Spartan aside from a cluttering of books, weapons and cooking implement. By the second book, she's moved into the house she inherited from her mentor, Fletcher. A mismatch of architectural styles and defense precautions on the outside, the inside is a warren of hallways, stairwells, hidden passages, and rooms. Great if you never know when enemies of deadly intent might be dropping by... 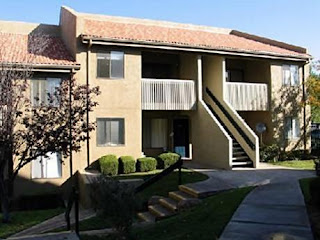 They say when it comes to real estate, it's all about the location. Charley Davidson lives in a small apartment in the building she was brought to as a kidnap victim in her childhood. There is the ghost of an elderly Asian man standing in one corner with his back to the room and her front door may as well be revolving for all the traffic it sees - usually regardless of Charley's opinion on the matter. But all that besides, her best friend lives a couple of doors down and her office - which is upstairs from her father's bar - is literally across the parking lot from her apartment building. Ultimately, everything balances out just fine, LOL.

#3 - The Beast's castle from Disney's Beauty and the Beast 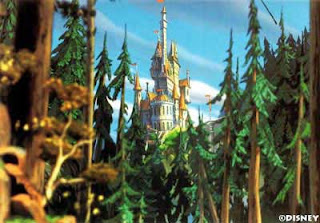 Of all the Disney princesses, Belle has, hands down, the best living accommodations. I mean, West Wing aside, her first night in there, Belle's dinner entertainment is a musical number put on by the silverware, dishes and candlesticks. Yup, that's right, the furniture? It's alive. Not to mention that, for the first time, we've a Disney romance based on time spent together and mutual interest as opposed to love at first sight. And, heck, did you see those gardens?

Oh, who am I kidding? We all know the number one reason for wanting to call this castle home and it has nothing to do with the talking teapot. THIS is why: 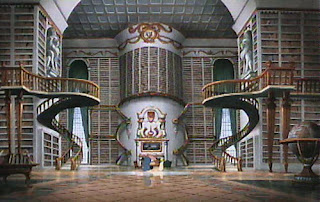 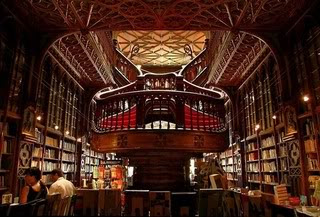 It has books, it has beautiful antique architecture, it offers several rooms above, it has Barrons, it has an intricate and developed underground, it has books, it abuts to a garage filled with beautiful expensive cars, and it can claim one heck of a security system. Oh, and did I mention the books? It's a wondrous, wonderful home and damn if I don't envy Mac like crazy for owning it by series' end. 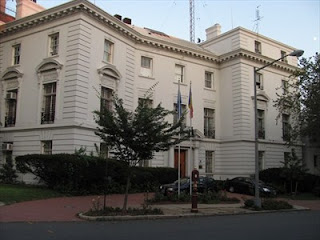 This is not your standard embassy. It has secret underground levels sporting even secreter underground laboratories. It has teleporting gates. It has little balls of fluff that can grow to man-size and devour people. It has aliens. And the very best part of all? It has wonderful invisible elves (for which there is a complicated, logic-based scientific explanation) that take care of the cleaning and laundry as well as ensuring an infinite supply of any beverage you can name. Literally. Add to that all the yummy aliens walking about and this embassy is as close to Heaven as you can get. You just have to overlook all the bad guys gunning for the lady and master of the house.

And there you have it! Until next week, lovies. ^^
Posted by Calliope at 9:32 PM

I totally thought of Gin's house too, but the other appealed to me more... However i did forget about books and bauble lol what is wrong with me hehe

Awesome picks! I really should've include the AC Embassy in my top 5, 'cause I would love to live there for all those reasons :)
And I really should finally read the Fever series, that house (and all those books) are one more incentive to read it sooner :)